In this article we are going to look at the traditional British slate roof tile. Slate can often be considered as not very “green” and even prone to damage or need of constant repair. Let’s look at these common misconceptions and see how they stand up. 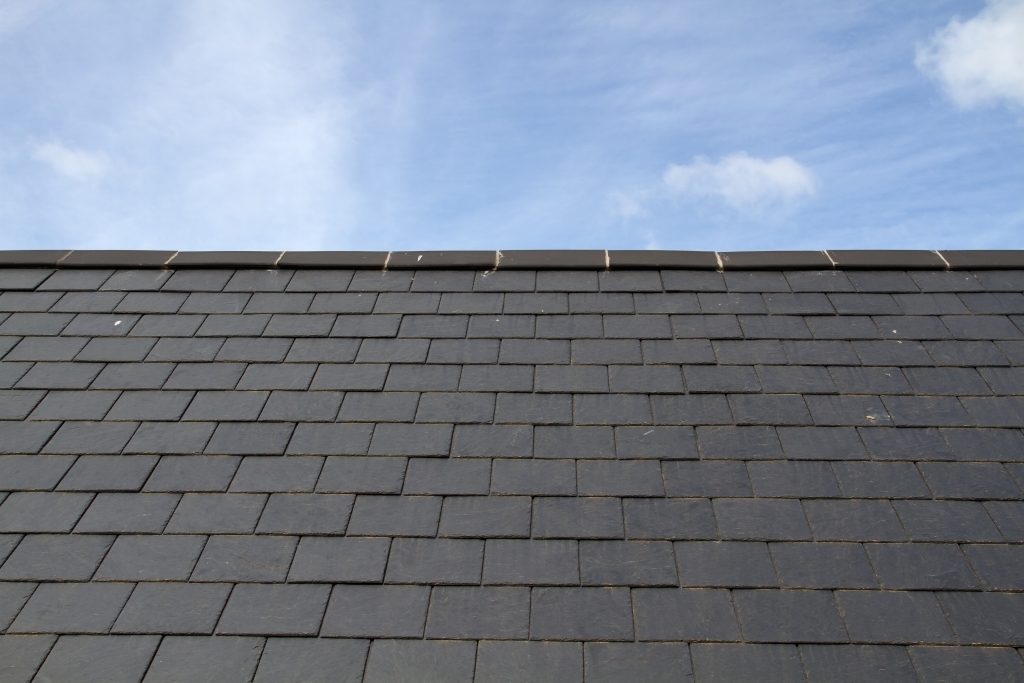 Slate roof tiles a brief history and why they are so popular.

Slate has historically been an idea material for roofing. The slate industry in Wales has been producing roofing slates since the 16th century. It is so common because it can be cut or split into thin sheets making idea for roof tiles. Slate has a water absorption index of less than 0.4%. Which in layman’s terms means its waterproof. It’s is also fireproof and impervious to extreme weather conditions including frost. If you want to know more about roofing slate this is a great resource https://roofingslate.wordpress.com/category/slate/

Slate is an energy efficient and green roofing material

Slate is also energy efficient as it behaves the same in all temperatures. Due to the fact it is easy to produce slate and recycle old roofing slates it’s considered a fairly green building material. This despite the fact it is an “extracted” natural resource. If you are considering using slate as a roofing material then source the tiles from a local supplier. This is because slate is a very heavy material and transportation costs decrease its green and sustainability credentials. Luckily for us the United Kingdom produces some of the best slate in the world. However over 90% of Europe’s natural slate used in roofing materials originates from Spain.

Durability is one of slates strongest benefits. It’s often considered to be a poor material by consumers as they have seen old tired slate roofs. Its a misconception that slate roofs are difficult to maintain.  Some of the slate roofs that you see are indeed old and tired. Often 100 years old. But they are still standing and waterproof. Testament to the durability and longevity of a we ll fitted and maintained slate roof. If you consider that clay or concrete roof tiles have an estimated life span of 30 to 50 years you can understand why slate is considered such a highly durable roofing material.

Source your tiles from a reputable supplier

Like most products you purchase slate comes in different qualities or grades. Lower grade slate can appear more attractive due to its lower price. But it will often end up costing you more in the long run. Lower grade slate is more prone to damage during installation, meaning you will need more of it due to wastage. It is also known to have more impurities, often iron based, which lead to rust and eventually damage.

Slate quarries are not as environmentally damaging as you may believe

Slate quarries are relatively small affairs compared to the larger strip mining operations. When choosing roofing slates make sure they are from a respectable source. You should be able to find out how your slate was manufactured and its quality from reputable suppliers.

Conclusive evidence that slate tiled roofs are a viable option

Slate tiled roofs will give you a durable roof with minimum maintenance if fitted correctly. They are also very attractive and complement all types of architecture from the ancient to the modern.

If you are considering a slate roof or would like to have your current  roof surveyed, maintained or need slate roof repairs please contact us.